Just around three months until the United States takes on the international team at the 2017 Presidents Cup.

The United States holds the trophy after defeating the international team 15.5 to 14.5 in 2015.

This years Presidents Cup has all the components of being a classic.

Here are the standings for this years teams:

Hard to beat that star-studded of lineups.

And for the course?

Liberty National Golf Club in Jersey City, New Jersey is a par 72 course that plays around 7,300 yards. This course is home of breathtaking views of the Statue of Liberty, the New York Harbor, Manhattan Skyline, and the Verrazano Narrows Bridge.

The golf tournament will surely be action filled as the best golfers in the world battle it out in one of the best venues the sport has to offer.

The tournament is captained by Steve Stricker on the U.S side and Nick Price on the International side.

The tournament is set for September 26th-October 1st and the U.S. is trying to have the showing much like they did at Hazeltine last year.

Lets just say the United States has dominated this event compared to the Ryder Cup.

Lets hope the U.S. can keep the trophy on our soil. 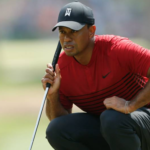 Disputes and controversies in the golf world are far and…