Disputes and controversies in the golf world are far and many. Fans and players alike question certain elements of the golf game that they would like answers to. Although I may not have the answers, here are a few of the biggest controversies in 2018.

Has slow play on the PGA Tour has become a problem? The general consensus would be yes. Arguments have been made that audiences are turned off from the game because of how long it takes to play (and watch). Should we speed things along or keep them as it is?

Does Golf Belong in the Olympics?

Golf was reintroduced last year in Rio, so this topic is still fresh in everyone’s mind. Golf was a success in the 2016 Olympics, and so were its players. Some say that switching it to a “team event” like the Ryder Cup would be more beneficial, but it’s still up in the air for discussion.

With technology increasing at a rapid pace, it can be hard to keep up. New technology allows golf balls to travel faster and farther than ever before. Most players and fans don’t see this as a problem, but others argue that the course should be longer, or the ball shorter.

We all want to see Tiger succeed, and who doesn’t love a good comeback? But, his back pain still persists and although he has attempted to get his groove back, he’s still struggling to get back into the spotlight he once was in. Sadly, most golf fans are doubtful that this record-breaking player will ever win another major. But, who knows? 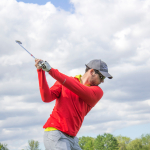 Posted on September 30, 2020by nedmstaff

As long as there is no snow or ice on…