Tee Times Sign UpGift Cards
Home
Blog
Why Does Jordan Spieth Struggle At TPC Sawgrass Every Year?
Posted on May 16, 2017by adminPosted in Blog
0

This year marks the third year in a row one of the worlds best golfers will miss the cut at The Players at TPC Sawgrass. But oddly enough he made a charge his rookie season, to win on Sunday. But he fell short.

Why does a golfer, this good, struggle at this course?

Well this year it was putting. Around the green Spieth was terrible. He hit a chip shot on Friday that went two inches, and then hit the identical shot next and sunk it.

After renovations to the course this past year, Spieth and many other golfers have complained about the firmness of the greens.

“Firm Bermuda or greens are crusty to where it’s tough to set the putter down, I just struggle with my alignment and it just kind of throws me off. It happened again here.” Spieth said in an interview with Golf Digest.

Last season, The Players was the first tournament Spieth played after his famous Masters collapse, and whether that was in his head or not, he was a mess.

He said he couldn’t trust his swing and that his swing coach continued to work on it with him.

“It’s just a matter of being able to trust it on the golf course with trouble around.” Spieth commented on his swing to the New York Times.

Not something you want to admit as you’re playing in a golf tournament.

In 2015, an opening round 75 with five bogeys cut his weekend short at The Players.

He missed a lot of greens that day, but it wasn’t because he was hitting the ball poorly. He was struggling with alignment all week.

In an interview with Golf Channel he said his shoulder and lower body were aimed completely different directions on the range making him spray the ball.

If you find yourself in the thick rough next to the greens at TPC Sawgrass, you better have Phil Mickelson like short game to get up and down.

It seems like every year Spieth can’t catch a break at this awesome tournament. Maybe next year Jordo. 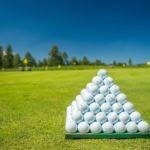 Golf Etiquette – What You Should Know

The game of golf, while very fun, is also a…